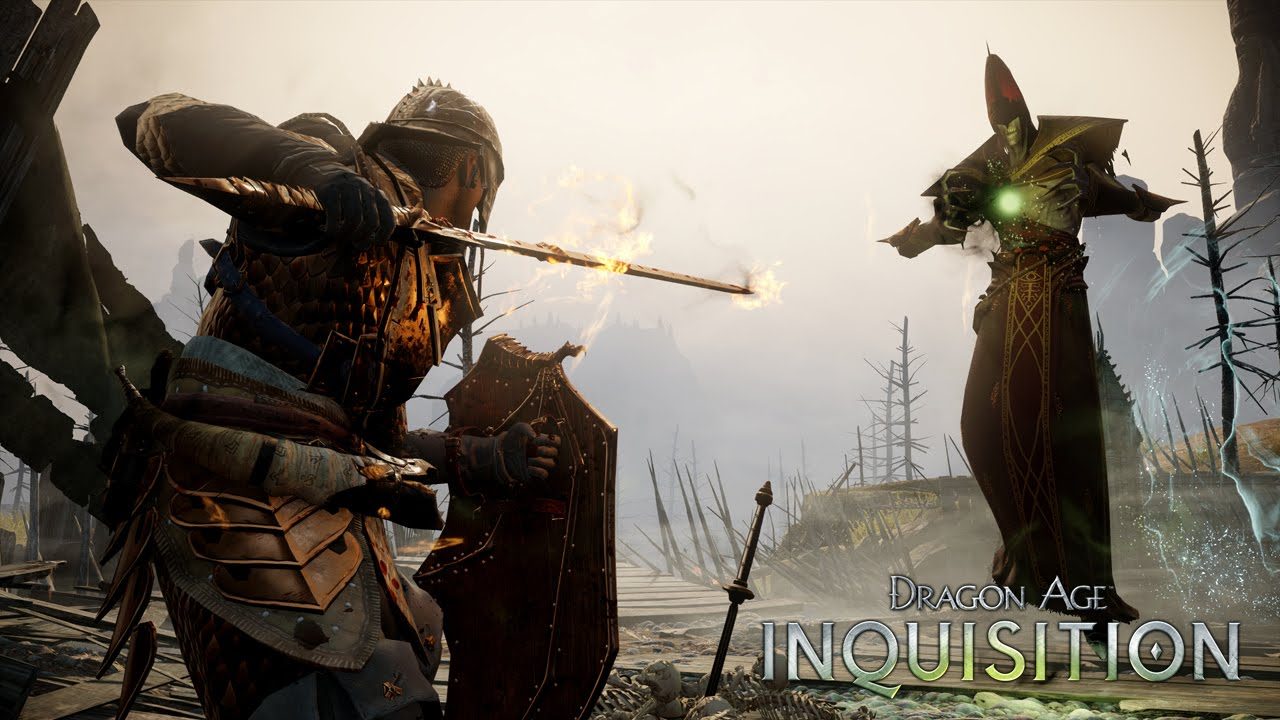 The latest game in the Dragon age franchise, Inquisition is an open world RPG developed by Bioware and published by EA that takes place after the ending of Dragon age 2, with the initial part of the game getting you back to speed and introducing you to the new character and the changed world.

The inquisitor is the character you play in the game, that is the logical extension in design to Hawke from the previous game, with more options for personality and character creation in general, with 2 voice actors to choose from to voice your character.

The inquisitors personality and how people act towards them all depends on how you play and pushes the “choices and consequences” trope quite far when it comes to party members, who always have something to say about every decision you make, and will react according to how their personalities and motives clash with the inquisitors, making it a challenge to have everyone like you.

Being built on the Frostbite engine and using what was some pretty powerful tech at the time, the game overall looks great, being a major improvement over the previous games, the overall texture quality can be hit and miss, with character models looking funky as always on top of janky animations making the game not have the best overall graphics quality, but the graphical effects including the real time lighting and shadows helps to breathe life into the world and allow for great graphics.

The gameplay compared to the previous games is very different, with core changes that can either give it a fresh and responsive feeling, or completely throw away what made the previous 2 games special.

movement is more “realistic” in this game, with there being physics and delays in movement, so it feels more like a 3rd person game with physics over an MMO with its movement. Another important thing to note in this game is that you can jump, that is a notable feature of the new movement system, which i never thought I would ever be writing about in 2018.

combat is a lot slower and meatier than the previous games, with flashy spell effects and a more location based combat system taking some time to get used to on a Dragon Age marathon, but overall is fun in its own way.

The game is built of many massive hubs, some in areas never visited before, and others in places we have already seen, giving an insiders view on how the location has evolved or been changed by the events of the past. The issue is that all of the side missions are boring kill X or collect Y, clear out Z sort of quests that get boring quickly, and due to the in inquisition power system and the main quest line simply not offering enough experience, means you are all but forced to do these side missions, making for a longer game, but a less enjoyable one where the aim is more to grind to the next mission over enjoying a seamless and tailored experience.

Dragon age inquisition is very different game from the previous installments, some for better and some for worse, but when you consider you can pick this game up from key resellers for under a tenner nowadays and get the game and all DLCs, its definitely worth the purchase.